In Canada, there appears to be a critical shortage of skilled tradespeople. Several government reports have been commissioned over the years to study the decline in traditional masonry skills.

The problem is particularly acute in the traditional building disciplines, such as masonry. The Government of Canada has recognized the problem and is actively seeking skilled individuals from other countries to fill the shortage. Fast-track immigration processing is offered for those with specialized skills, which indicates that something is amiss in how our society is training its population for the requirements of the current and future workforce. The domestic job market does not seem to value technical training and skills; there has been a widespread move away from trades in favour of academic-based fields. Most students who show aptitude and willingness to learn are streamed into university programs. The net result has been that the depth of trade proficiency has diminished, with the best and brightest being discouraged from entering the disciplines.

In Ontario, masonry training is typically offered at the college level through a handful of institutions or through union and contractor-sponsored private programs to fulfill the in-class portion of the union apprenticeship model. When looking at the traditional masonry field – and stone working and restoration specifically – the options grow fewer. The majority of masonry training for a recognized certification, such as the Ontario Red Seal Certification, is in the brick and block unit masonry disciplines that mainly constitute modern masonry veneer and structural walling specialities. Restoration and traditional masonry construction practice is typically only a small part of this training.

Young workers wishing to enter the “trowel trades” are usually directed to the well-established brick and block masonry apprenticeships where they can earn a relatively good wage sooner in their career than if they had chosen to pursue training in the traditional masonry and restoration fields. The options for those seeking training include programs at a limited number of institutions, such as Algonquin College in Perth and Conestoga College in Waterloo. Training is also available at the Ontario Masonry Training Centre, but it requires a candidate to first complete the Red Seal Certified Brick and Stone Mason training before enrolling in their Restoration program. 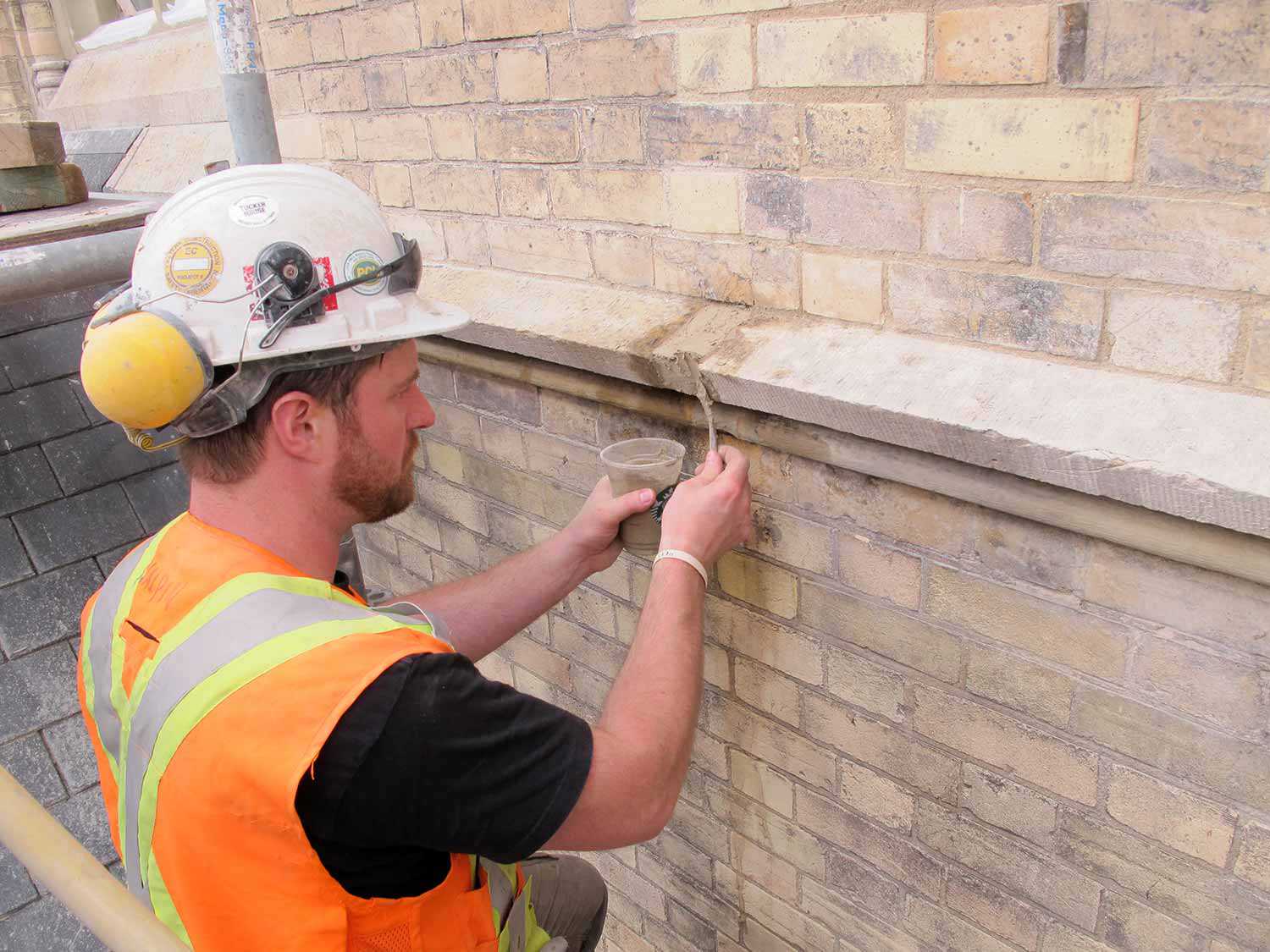 In other jurisdictions, particularly in northwestern Europe, trades remain a good option for young students who are keen to build the foundation of a rewarding career. In Germany, for instance, candidates in architecture and engineering programs are encouraged first to complete building trade training in advance of higher level professional training.

In order to resource the restoration industry, many contractors have had to recruit talent from outside the province and the country. In the past, there was strong recruitment from Europe – particularly southern and eastern European countries such as Italy, Portugal, Poland and the former Soviet Union – to keep up with demand. More recently, The U.K. and Ireland have been a source of workers as their construction industry contracted after the 2008 financial crisis and recession.

Where the masonry and restoration industries fail to show growth in recruitment remains with women – with less than one per cent of women reported working in bricklaying and related trades, compared to an average of 48 per cent for all occupations (Government of Canada Job Market Report2014). Also, attracting visible minorities and new Canadians into the industry remains a challenge.

Workers in the masonry and restoration fields tend to be older; a wide range of abilities and tools are often required due to the nature of the work. A journeyman needs to have basic masonry trowel skills to set and build with brick, block and stone units as well as the specialized skills to carry out patching, re-pointing of joints, injection grouting, indent repair, cleaning and other varied restoration and repair tasks. A broad knowledge of building techniques and associated materials – like sealants, coatings, architectural metals and roofing, which often interface with masonry in buildings – is also beneficial.

The work can be rewarding but it requires commitment. The most successful workers tend to be those who have a thirst for learning combined with manual skills and a strong work ethic. A rarefied bunch indeed.