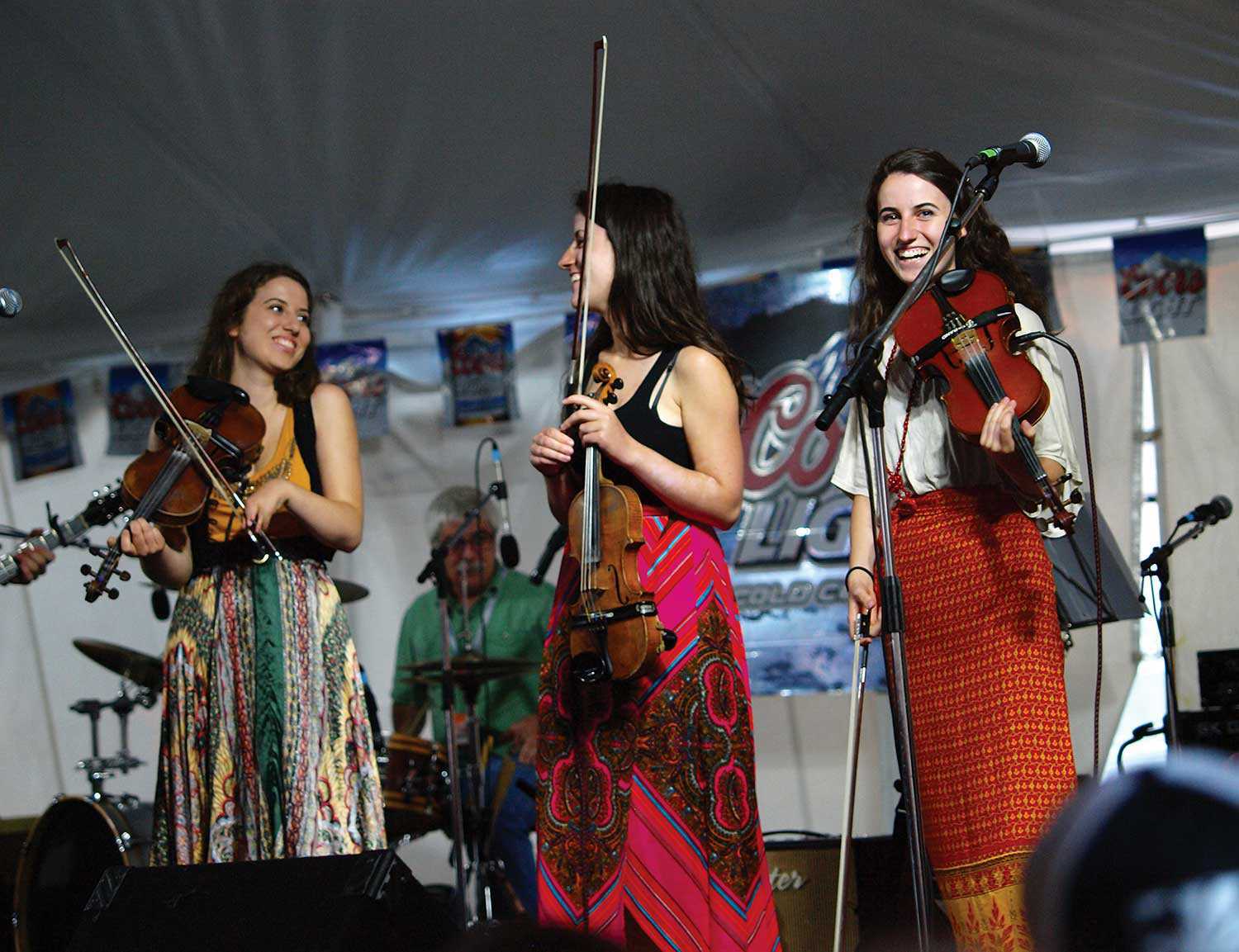 Rural and small town Ontario rests the eyes and refreshes the spirit of the traveller, but capturing the cultural undercurrents that shape the identity of these communities often requires a second look, or perhaps a passionate voice, to reflect the environment and heritage that shaped them.

Settling in Tiny, Ontario, a township in Simcoe County, with three young daughters in the early years of their marriage was exciting for Louis Lefaive, a Franco-Ontarian whose family had been in the area since the mid-1800s, and his wife Laura. They were happy to raise their children in an environment with opportunities to be immersed in the French language and culture. By the time the family moved to Tiny, music had already been an integral part of daily life in the Lefaive household and performing in public alongside their musician father and mother was natural for the two older girls, Kelly and Jill.

The first purchase for their new home was a piano – a necessity for the family’s musical experience. Kelly and Jill (then 6 and 4) had ideas of their own and asked for dance lessons. By chance, a passionate fiddler and step dancer from the Ottawa Valley had moved into the area. Gradually, all three girls, including the youngest child Nicole, were dancing and fiddling under her tutelage. They eagerly absorbed the traditional musical genres that have been passed from generation to generation. All the while, they were being steeped in traditional French-Canadian folkloric repertoire within their French community. The family, led by Louis, was showcased at local cultural and community events. With meaningful opportunities, the group began to develop their trademark harmonies and high-energy style, keeping in mind their role in sustaining and reflecting the history and vibrancy of the Franco-Ontarian culture.

And so, Ariko was conceived. A product of aural musical traditions and a blend of musical experiences within a community that values artistic expression, Ariko has been able to transmit and interpret its passion for traditional music, as well as original compositions, to numerous audiences including those at Mariposa Folk Festival’s Main Stage, Le spectacle de la solidarité franco-ontarienne and Toronto’s Harbourfront Centre. Now adults, the girls embrace their role in sharing the richness of their musical heritage with the next generation, through family performances, teaching and leading French traditional music workshops.

Ariko’s passionate voice is reflected in their 2017 release, Portrait de famille, which is truly a portrait of this musical family and the traditions that have shaped their music.